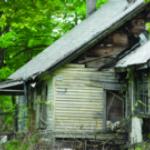 Sometimes the difficult decisions involved in creating a plan for your land can make it easy to delay the process. Unfortunately for Alma, she waited too long and her land and heirs suffered the consequences.

Alma stayed on her family’s farm after her siblings moved away to raise families. She shared with her friends and relatives her desire for her farm to remain the way it was. She talked to a land trust and to her lawyer about how to accomplish that goal, but she never reached a decision about just exactly what to do with the land, and as a result, she never did a will at all.

After Alma died, the land passed to her three nieces. One niece knew perfectly well what her aunt had wanted and also felt the same way herself. She got in touch with a land trust and tried to convince her cousins that they should give or sell the land for conservation. But the other two either didn’t know what Alma had wanted or didn’t care. They wanted money, and as much as possible. They contacted a local developer who offered them cash, even for just their two-thirds interest. The conservation-minded niece eventually gave her one-third interest to a land trust, along with some money that she hoped the land trust would be able to use to buy out the cousins. But they sold their two-thirds share to the developer instead. So the land trust owned a one-third interest, and the developer owned a two-thirds interest, and that’s how it has remained for a number of years.

Either the developer or the land trust could bring a partition action to get a court to divide or sell the land, but so far neither one has done that. So the land has not been developed—yet. But neither has it been protected as Alma wished. And the house, which was built in the 1700s and which the local historical society had hoped to turn into a museum, was recently torn down: the two owners could not agree on what to do with it, so it slowly rotted into the ground until it became a danger to the neighborhood.