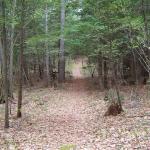 Margaret and Peter Hepler live on a 40 acre, 18th century farm in Pelham, Massachusetts, which they acquired in 1977. They decided to place a conservation restriction on 37 acres of their land to preserve its natural, scenic and historic qualities. This decision also allowed them to take advantage of conservation tax incentives, which were only available for a short window of time by the federal government through an experimental tax bill, but which have been extended through 2009. This case study demonstrates how everyday people can take actions to conserve land.

Uncertainty of future financial needs that could be realized through development of one’s land as well as the finances needed to hire professionals for an official appraisal, formal survey, and legal documents work to make the donation of conservation restrictions seem like an unrealistic option for perhaps all but the wealthiest. However, federal tax incentive provisions provide an opportunity through 2009 to help individuals of modest incomes, farmers, and ranchers to place conservation easements on their land.

Individuals who donated conservation restrictions to a qualified organization (a governmental unit or a publicly supported charity) in 2006 and 2007 were allowed to deduct from their annual tax payments fifty percent of their taxable incomes versus the former level of thirty percent. Qualified farmers and ranchers could take up to one-hundred percent of their income. In addition, the period during which a donor could take the tax deduction for his or her voluntary conservation agreement was extended from five to fifteen years. These benefits remain in affect through 2009. The benefits of this change to a donor are illustrated below.

The forty-acre property can be roughly divided into three components: farmstead, meadow, and forest, all of which contain strong historic, scenic, and natural features. Margaret Hepler, a historian by training, compiled an extensive historical account of the property. The property is intricately tied to Pelham’s historical development. The farmstead was settled in 1740 by John Gray, who was one of several Scotch-Irish Presbyterians that relocated to Pelham after experiencing religious persecution by Congregationalists in Worcester, Massachusetts. Gray and his group had tried to erect a Presbyterian church in Worcester, but members of the Congregationalist church promptly tore it down. The group rebuilt their church in Pelham and, amusingly, made it a condition that every resident of Pelham must be a member of the Presbyterian Church in ‘good standing.’

Three generations of the Gray Family lived at this farmstead, located just northeast of the town center in Pelham. The property still retains many historical components. The six-acre meadow dates back to the original settlement of the property. This meadow, a defining feature of the property, includes a potato field terraced into the earth at its eastern end. Subsequent residents of the property began operating a rock quarry in the early 1800s located just off the property to the east. Several college buildings in Amherst feature rocks drawn from this quarry. As a result, the property contains several pieces of stonework. The existing farmhouse and barn are believed to date back to 1835. According to the Heplers, traces of former barns and fences can be found elsewhere on the property.

The property also contains additional natural and scenic features. Two brooks run through the property. Gates Brook is at the front of the property, running somewhat parallel to Valley Road. The much larger Buffman Brook runs north-south on the western portion of the property. Forest covers most of the property, which is actively managed under the State’s Forest Stewardship Program. The Hepler’s have blazed several walking trails throughout their property to facilitate the enjoyment of wildlife. One of these trails crosses Buffman Brook at a self-made bridge. A few of these trails lead off their land to places such as the above-mentioned rock quarry.

Peggy and Peter Hepler wanted to become more active in the land conservation efforts in the Pioneer Valley. Peggy, a historian by training, views landscape preservation to be as important as the preservation of historic structures. Peter, a botanist, values the preservation of natural features in the region. Peggy became active with the Kestrel Trust by becoming a board member in 2000. The Kestrel Trust is a regional land trust dedicated to protecting forests, farms, fields, and wetlands in nine communities in western Massachusetts (Hadley, South Hadley, Granby, Belchertown, Pelham, Amherst, Sunderland, Leverett, Shutesbury).

The Heplers felt strongly about protecting the land from becoming developed in the future. Currently the couple gardens and grows many of their own fruits and vegetables. They wanted to maintain the opportunity for future generations to manage a sustainable farm, a need that may be realized with the increasingly detrimental effects of climate change. This vision also upholds the historical use of the land, which Peggy feels is an important step in honoring the Town’s past. An integral part of bringing this vision to fruition was the act of placing their land in long-term protection.

The property was already enrolled in the State’s Current Use Forest Tax Law Program (Chapter 61), which means that the land is assessed at a less-than-market value. To qualify for Chapter 61 incentives, the Hepler’s also had to enroll their property in its companion Forest Stewardship Program, which requires owners to develop an active forest management plan. Despite the incentives through Chapter 61 to keep one’s property in active forest use, enrollment does not guarantee long-term protection against development.

The couple began to consider placing a conservation restriction on their property. Peggy attended a conference in the spring of 2007 and heard about the benefits available to individuals of modest incomes through the federal government’s expanded conservation easement tax incentive program. They were intrigued by this type of conservation restriction, which required donating a conservation easement to a qualified organization. Peggy’s positive volunteer experience with the Trust added to the couple’s confidence that donating an easement to the Kestrel Trust would safely ensure the future protection of the property.

The Hepler property also fit into the Kestrel Trust’s regional land protection vision. Although the Hepler parcel is not contiguous to the Quabbin Resevoir (see maps), its preservation is important to achieving the Trust’s long-term goals of preserving land around the Quabbin Reservoir.

For all of these reasons, the Hepler’s decided to embark on the process to obtain a conservation easement for their property.

The Heplers worked alongside Kristin DeBoer, Executive Director of the Trust, and under the consultation of an attorney to create the conservation easement. Extensive baseline documentation on the history and current status of the land was also completed. The significant expenses associated with the process included: attorney fees as well as the appraisal and survey work. The Hepler’s children, who supported the preservation of the land, were given the opportunity to comment on the easement once it was drafted. The group was working under a compressed timeline in order to take advantage H.R. 4, the experimental tax law, which expired December 31st, 2007.

The Hepler’s conservation easement pertains to 37.14 of the 40.03 acres of their property. The remaining land (2.89 acres) is where the Hepler’s home and accessory structures are located.

The donation of the conservation easement to the Kestrel Trust does not mean that the property is open to public use in the sense that it is public property. The Hepler’s have many friends and neighbors that frequent the property with permission, but, importantly, the easement retains the owners’ right to deny access to the property.

The easement allows for ‘light use’ of the land, particularly with regard to the established walking trails. Equestrian activity and the use of all-terrain vehicles are expressly prohibited on the property. The conservation restriction also prohibits the construction and addition of structures, grading or plowing or any activities that would disturb the natural features of the meadow, mining excavating or dredging soil, dumping or filling, the removal or cutting of trees, any activities detrimental to the drainage, and flood control or erosion of the soil. Again, the Hepler’s and subsequent owners reserve the final say regarding any activities they feel would impair the scenic and conservation interests of the property.

Peggy and Peter Hepler are individuals committed to preserving historical, natural, and scenic landscapes in the Pioneer Valley. They hope that their actions inspire others to place similar conservation restrictions on their properties. The couple actively discusses their decision with neighbors and others who are interested in the process. Peggy also acts as a spokeswoman on behalf of the Ketsrel Trust, which is how we heard about this case!