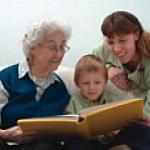 One simple estate planning step you can take right away is to be clear in your will about your wishes for your land.

Sylvia lived on the family farm her whole life. She never married and had no children. When she was in her 80s, everyone in her immediate family — her nieces and nephews, her sisters and their husbands, and Sylvia herself — agreed that the farm should always remain a farm and never be sold for development. But no one quite knew how to do it. One niece had heard of conservation restrictions (CRs), and she convinced Sylvia to talk with land trusts and conservation agencies. Sylvia was far from wealthy, and she was hoping that a conservation agency would buy the CR from her, but her land was not on anyone’s priority list. As the conversations continued without any positive result, Sylvia knew she had to make a will. She signed a will that instructed the executor of her will to put a CR on the farm if she didn’t get it done herself, and then the farm with the CR was to be turned over to her nieces and nephews. She was unable to complete the restriction herself before her death. In hindsight, the will could have been more specific about the terms of the CR, as it gave the executor (one of Sylvia’s sisters) very broad discretion to determine such things as whether the CR should allow for multiple house lots in addition to the existing farmhouse. Had some of the nieces and nephews been more interested in selling house lots for cash and less interested in protecting the farm, the result could have been a big dispute about this issue and, in all likelihood, a lot less of the farm would have been protected. As it turned out, the family agreed that the CR could allow for one more house to be built and the farmhouse to be sold separately from the land, since it was of historical significance and really required an owner appreciative of historical buildings.

As a general rule, estate assets are valued as of the date of death for estate tax purposes. Fortunately, as neither Sylvia nor the lawyer who drafted her will knew this initially, the estate tax law allows for a post mortem conservation restriction. This allowed the family to place a CR on the land up to nine months after her death to significantly reduce its taxable value. Since the farm had substantial development potential, this made a big difference in the amount of estate taxes due from Sylvia’s estate. Were it not for this provision, the farm would have had to be sold in order to raise the cash to pay the estate taxes.