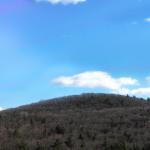 The City of Northampton is in the process of purchasing 150 acres of forest and an old quarry at the very end of Turkey Hill Road in Northampton, Massachusetts. The parcel is located to the east of Mineral Hills Conservation Area, an 86-acre parcel.

The 150 acres are owned exclusively by Ron Dahle, of Jedoron Realty Inc. in Farmington, CT. The parcel includes a 6 acre rock quarry on the premise.  The quarry has not been used since 2001 when neighbors of Turkey Hill Road and the City alleged zoning violations on the site, and the Building Inspector issued a stop-work order. The neighbors had complained about structural damage caused by quarry blasting and safety concerns due to large construction trucks traveling along Turkey Hill road. The neighbors and the City lost in court, however, and filed an appeal. Currently, both sides have agreed not to move forward until after the present attempt to purchase the land is completed.

In the fall of 2005, Mr. Dahle proposed an aggressive residential development plan for his Turkey Hill property. The proposal called for 37 single-family homes to be scattered along a winding dead-end road traversing through the 172-acre parcel. The plan would destroy and fracture an important wildlife corridor: home to bobcats, black bears, fisher cats, foxes, coyotes, beavers, wild turkeys, moose, porcupines and various migratory birds. This untouched area is critical for these species to remain and thrive within Northampton.

In addition to providing a pristine wildlife corridor, the land has breathtaking views of the Connecticut Valley. As seen in the pictures, the Holyoke and Mineral Hills range are clearly visible as well as Mt. Tom. Protecting this land is vital so that generations to come may enjoy the incredible views. Further, the land is a keystone for a large future potential conservation area, which will lessen development pressure in the area in the future.

Unfortunately, these amazing views and untouched land create an ideal location for the owner, Mr. Dahle, to develop expensive residential lots. In order to stop this from happening, $200,000 (for a total of $680,000 through non-profit assistance, loans, grants, etc.) was needed from the community by May 1st. Since the city of Northampton cannot borrow against future funds it may raise (i.e. the Community Preservation Act money), the money must be fundraised through the generous donations of local residents, organizations, companies who would like to protect one of Northampton’s last large remaining untouched areas for conservation.