On the Right Track with Janet Pesaturo 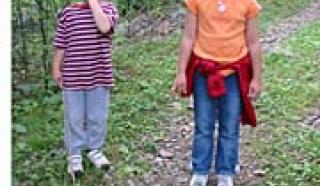 Support for forest conservation can come in many forms.  Animal tracking is one great way to engage people and communities while providing valuable information to inform land conservation and land use decisions.  Keystone Cooperator Janet Pesaturo is proof of that.

Janet has found herself on a track she didn’t expect, and she’s enjoying where it’s leading. Nine years ago Janet was a practicing psychiatrist, who made the decision to stop working in order to raise her two children, not realizing at that time where it would lead.

In 2004 while visiting Washington state, Janet happened upon a magazine article about a Vermont-based group called Keeping Track. The organization, a nonprofit founded by Susan Morse, provides training, educational programs, and citizen science programs involving animal tracking around the country. The group advocates the use of tracking to inform land stewardship and conservation. Tracking information can then be used to guide management plans, locate development, and prioritize land protection efforts.

With the backing of a grant from the Greater Worcester Community Foundation and personal contributions from the group members and others, Janet recruited volunteers and arranged training sessions with Ms. Morse in order for the group to learn the techniques of tracking. The training involved three full day workshops in Vermont, and three days of training in the Bolton area. By the end of the six sessions, the group, now calling themselves the Nashaway Trackers, was ready to get out and look for tracks.

In 2007, the town of Harvard approached Janet and asked if the Nashaway Trackers could be commissioned to study and report on the wildlife found on a piece of the town’s conservation land. A working orchard adjacent to the conservation land was up for sale and vulnerable to development. Harvard wanted to find out what wildlife value on their conservation land might be affected by the potential development of the old orchard, and to have formal documentation of this value in order to inform town officials responsible for purchasing conservation land.

For a small donation to the Friends of Oxbow National Wildlife Refuge, the Nashaway Trackers’ fiscal sponsor, Janet and the group conducted a survey of the Harvard property. The results of their surveying provided the town with evidence that bobcats, an uncommon species in that area, were present on the conservation land, among other findings.

Prior to writing up the report and making management recommendations, Janet attended a three-day Keystone Project training, a UMass Extension program that teaches ecology, sustainable management, wildlife habitat enhancement, and land protection to community members active in local conservation. “This training,” says Janet, “made it possible for me to write the report for Harvard and to be able to make recommendations. It was the perfect program for me,” she continues, “Exactly what I needed.”

One pleasing result of the Nashaway Trackers’ work for Harvard was that the report has truly been useful to the town, the data and recommendations taken seriously into consideration as part of the town’s decision-making and planning process. “It was an extremely gratifying project,” explains Janet, “and the fact that town has really made use of the report, rather than let it get swept under the carpet, has been very rewarding. This is the kind of work I envisioned for the trackers.”