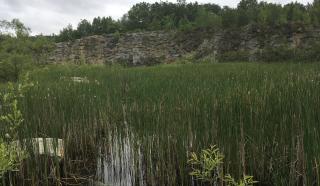 The Mineral Hills Conservation Area is an almost 400 acre forest and old gravel quarry that has been owned by the city of Northampton since 2007. Part of the conservation area including the quarry was slated to become a housing development, much to the dismay of neighbors and visitors who enjoyed the area. Now, the forest contains miles of trails that connect to other conservation land. The property contains unique features such as wetlands, hills and streams, and is a popular destination for passive recreation such as hiking, bird watching and dog walking for residents of Northampton and visitors.

Before the town received a DCR Stewardship Grant in 2011, an entire section of the conservation area was inaccessible for walkers because of a large wetland located just off the road. With the money from the grant, town volunteers built metal boardwalks that allow visitors to cross the wetlands and access the trails, opening a large area of the forest to recreation. Now, visitors can cross the wetland and see creatures such as frogs and salamanders on their way into the forest. The raised boardwalks allow for visitor access while limiting damage to the important wetland ecosystem. These new trails are heavily used by visitors and people from the surrounding neighborhood who can now access the trails close to their homes. 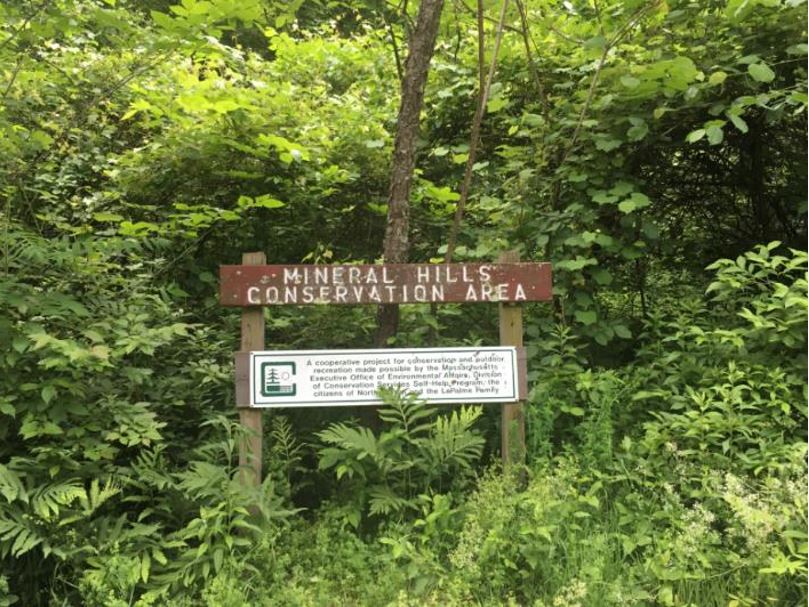 In addition to the boardwalks, the DCR grant allowed the town to do aggressive management of multiflora rose, an invasive shrub species that had taken over the field next to the gravel quarry, and oriental bittersweet which was limiting access to trails around the quarry. Both mechanical and chemical control methods were used to eliminate the plants over a multi-year period. The control was successful, and now native species such as goldenrod, sumac, native grasses and other wildflowers grow in the field. The quarry, which is beloved to many Northampton residents, is now even more scenic thanks to this invasive species control. Classes from local high schools and colleges visit the quarry every year for field trips to learn about geology concepts. The Mineral Hills Conservation area provides benefits to these students and the general public. 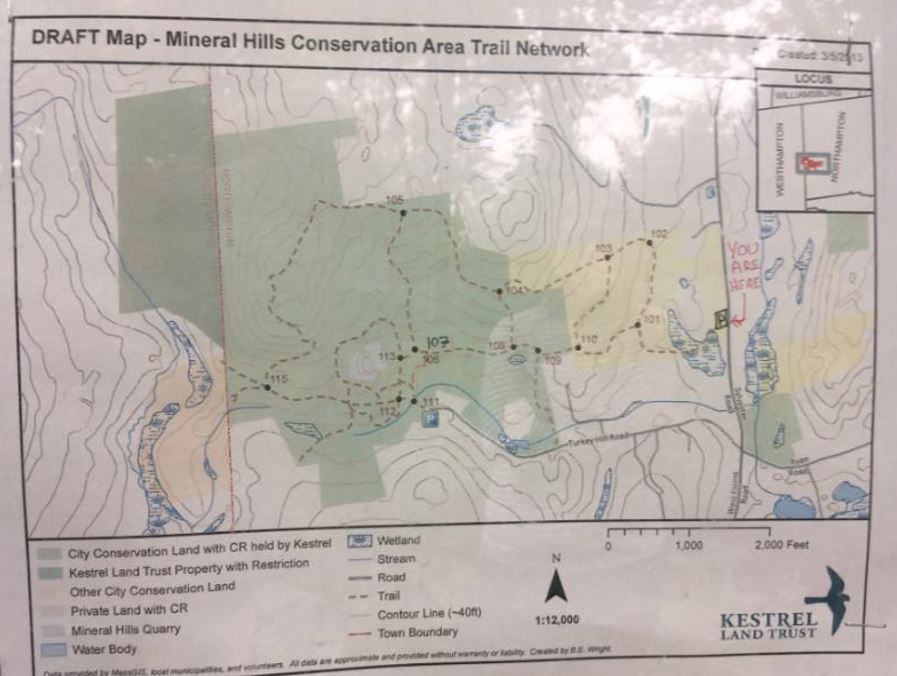